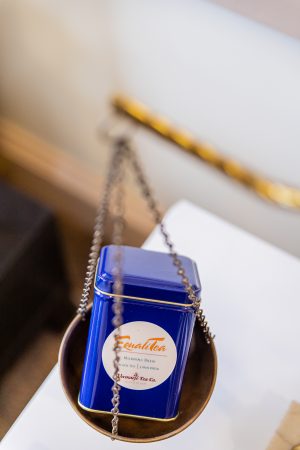 I like many across the state and country, especially those who have been at the table as leaders and advocates for racial and economic equality, have been asking three questions:

I have watched the protests, attended a local march, and listened to advocates, subject matter experts and elected officials discuss this issue. Further, I have read numerous statements and calls to action from community and institution leaders, government officials, presidents, CEOs, members of the music, film, and sport industries.  I wanted to believe this is the time to collectively address the core problems that prevent fair and balanced inclusivity. The time to change beyond dialog is now. That change also requires behavioral and measurable advances, sustainable laws, policies, and systems to affect racial and economic equality.

So while I am not certain how much longer it will take, I do believe that this time will be different.  This time there is a renewed energy, sense of purpose, stronger will and compassion among people, for social change, and a more precise focus on the need for mindful and meaningful action.

To answer the question “Is there something more we can do?” I decided that continued change begins with me.  Therefore, I have combined my entrepreneurial spirit, the Vermarje’s mission, executive government leadership, and my civic engagement work to do three things:

Vermarje will achieve these goals through product development of a private label called EqualiTea and hosting EqualiTea Salons.

The model for these teas comes from the suffragist women of California in their organizing of the 1911 election on women’s suffrage.  To support their mission, the group hosted afternoon tea parties, selling Equality, Suffrage, and Votes for Women teas throughout California.  As a result, these efforts raised awareness and revenue for the women’s right to vote movement and encouraged women to run for office.  I proposed using a similar model.  Specifically, I have   created Vermarje’s EqualiTea  private-labeled teas for sales and distribution.  Also, with partners, I will host a series of interactive EqualiTea Salons.

Vermarje’s EqualiTea private-labeled teas will be offered on-line, in retail shops, food markets, and to civic and professional organizations.  Vermarje will donate a portion to non-profit organizations that serve as advocates and leaders of social and economic justice.

The Salons will promote mindful and meaningful discussion and actionable solutions.  They will provide the space for leaders and advocates (who have the courage, compassion, and commitment) to engage in open and honest dialog.  The discussions will help participants identify best practices and new ideas around leadership and equality issues. As a result of these conversations, we hope to achieve a deeper understanding of the problems and engender a willingness to use existing knowledge, skills, connections, and influences to promote sustainable change.

If you are interested in joining me in the racial justice movement, please reach out via email, pausesip@vermarje.com.

Updated info on Tea, Teaware and Tea-related Special Events directly to your inbox!